Hooray for the Big Backyard 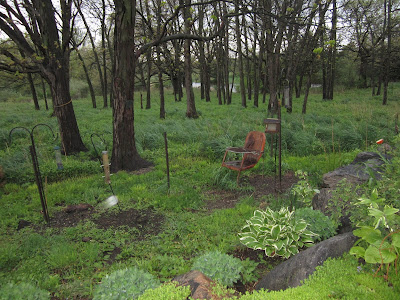 I’m a bit addicted to my daily dose of the Writer’s Almanac form Minnesota Public Radio, compiled and narrated by Garrison Keillor. It’s broadcast here at 9 AM and I try to catch it on the radio in the van when I finish chores. If I miss that, I can catch it online. As can you. It’s writer’salmanac.org.


Today Garrison briefly noted that on this day in 1789 George Washington took the oath of office to become our first President. He continued at length about Annie Dillard.
“ It's the birthday of writer Annie Dillard, born in Pittsburgh, Pennsylvania (1945). She studied English at Hollins College in Roanoke, Virginia, and after her sophomore year she married her poetry professor, Richard Dillard. She earned her Master's with a thesis on Walden by Henry David Thoreau.

After she finished her master's, Dillard became a "faculty wife." She played a lot of softball and some pinochle; she wrote poetry and read books. One day, an alumna returned to campus to see Dillard's husband, but he was busy. So Dillard took the woman on a stroll near their house. They lived in a suburban development in Roanoke, with a backyard leading down to a little stream called Tinker Creek. While she was showing her guest around, she realized that her boring neighborhood was actually full of wildlife, and beautiful in its own right. She began taking daily walks near her house. In an attempt to quit smoking, she took up journal-writing. She filled journals with observations from her walks, her thoughts on books, interesting facts, and anecdotes from her days. She eventually filled 20 journals.
One day she picked up a seasonal memoir called The Northern Farm (1949), which she found disappointing... She thought to herself that she could write a better book, and immediately decided that she should try. She was excited to take the leap from poetry to prose; she said, "Poetry was a flute, and prose was the whole orchestra."

She began sifting back through her journals, taking out the lines, ideas, and images that struck her most. Eventually, she had filled more than 1,000 notecards, which she moved around, trying to find an organizing pattern for her new book. She also struggled with her image as the narrator, since she was trying to follow in the footsteps of writers like Thoreau and Edward Abbey, solitary men alone in the wilderness. She said, "All of the books I took as models had been written by men," and she agonized over whether anyone would be interested in the reflections of a suburban housewife. In the end, although she didn't make up anything, she did leave out some major things, including her husband, and the fact that she lived in the suburbs and not in the wilderness.

In 1973, Dillard sent an essay - an excerpt from her new book - to Harper's magazine, and it was pulled from the "slush pile" of unsolicited work and published. When she finished her book, Harper's Magazine Press accepted it for publication. The editor in chief said, "I never expected to see a manuscript this good in my life." Dillard was 28 years old when A Pilgrim at Tinker Creek (1974) was published, and it won the Pulitzer Prize later that year. Because she had not explicitly stated that she lived in a suburban neighborhood, many reviewers assumed that she had spent a year by herself in the wilderness...


I too was stunned to discover that Pilgrim at Tinker Creek is not the memoir of a woman in the wilderness but a woman in her big backyard. In less than 10 seconds I went from stunned to “I’ve been duped” to “OK, poetic license” to
“BRILLIANT!
Beautiful
Bully for Annie Dillard.
Hooray for the Big Backyard!”
Chuckling to myself, my smile broadening by the moment to a full-bore grin.
Posted by Centering Porch at 7:43 PM